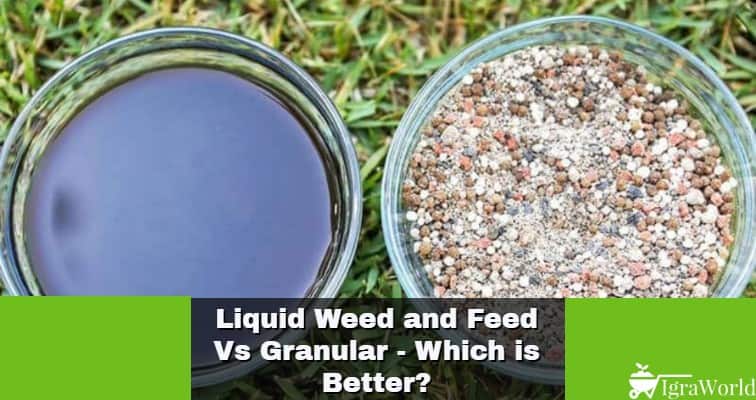 Growing a perfect garden is one challenge only a handful of gardeners will ever overcome. This is due to two of the biggest challenges facing a garden.

It does not matter if you’re growing a lawn, a large garden, or even growing plants in containers. You cannot run away from these monsters. They plague every garden, frustrating, even seasoned gardeners and forcing many to reassess their love for gardening.

If you haven’t figured them out already, they are weed and nutrient problems.

These two combined in your garden will mean more work will be needed, more money will be spent, and an ultimately reduced love for gardening. No one likes stress.

If you’re reading this, you probably already have one or both of these challenges plaguing your yard, or you’re looking to avoid both of them in your new garden.

Using fertilizers and weed killers will rid your garden of these monsters. Many gardeners are only conversant with using separate fertilizer and weed killer products, but since these two challenges are often happening simultaneously, using weed and feed may be a wise decision.

What exactly are weed and feed? I will show you shortly.

What is Weed and Feed?

Put simply, weed and feed is a combination of fertilizer and weed killer in the same product.

This is different from the conventional fertilizers and herbicides as a single product can serve the two problems.

When nutrients are added to the soil, the plant is strengthened and can then fight off the weed. Same with the herbicides, they kill off the weeds and leave enough nutrients for your plants.

The weed component contains herbicides that kill weeds like dandelion and crabgrass.

The feed component contains fertilizer that boosts the growth of your cultivated plants.

Weed and feed products usually come in two forms liquid and granular, and choosing the best form to use in your garden may be a little challenging. Not to worry, I’ll show you the best form to apply.

Before we go there, let’s see the types of weed and feed.

Types of Weed and Feed

There are two types of weed and feed:

Pre-emergent weed and feed are applied earlier in the growing season before the weed sprouts. It prevents the seed from sprouting while providing necessary nutrients.

Pre-emergent weed and feed will not kill the weed once it has sprouted, so timing is of utmost importance.

This is applied after the weed has sprouted later in the growing season and helps to kill the weed while providing nutrients for your cultivated plants. Post-emergent weed and feed is the most common type used by gardeners.

Liquid Vs Granular Weed and Feed

When it comes to choosing the form of weed and feed to apply, many gardeners become confused, which is why I’ve put together this section to help you make the right decision. 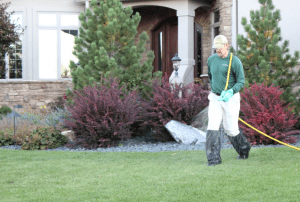 A calibrated sprayer is used to spray the area evenly. However, you can make use of simple back sprayers to spread this form of weed and feed.

As the name implies, granular weed and feed comes in dry granular form and needs to be sprayed using machines like broadcast or drop spreaders. These spreaders are readily available to gardeners as most even have them lying around in their garden sheds. 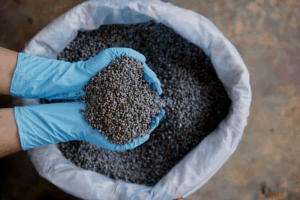 Which is the Best Weed Killer?

If you’re wondering which is the best between the two and which should you adopt in your garden? Here it is.

Liquid weed and feed are preferable for post-emergent weed killing and when your grass needs an immediate supply of nutrients.

Granular weed and feed are more preferable for pre-emergent weed and feed, and when you need a consistent supply of nutrients in smaller quantities.

Which one should you adopt in your garden? Well, both.

Using one against the other will only serve in some situations, but interchanging the weed and feed based on the conditions will give you the best results.

So you see, one is not superior to the other; they just have more effective periods.

We’ve realized that instead of using one form of weed and feed over the other, using them both, depending on the season and what you want to achieve, will serve you the best.

Doing this will eradicate the two major challenges gardeners face and put you on your way to success in your yard.

2 thoughts on “Liquid Weed and Feed Vs Granular Weed Killer – Which is Better?”