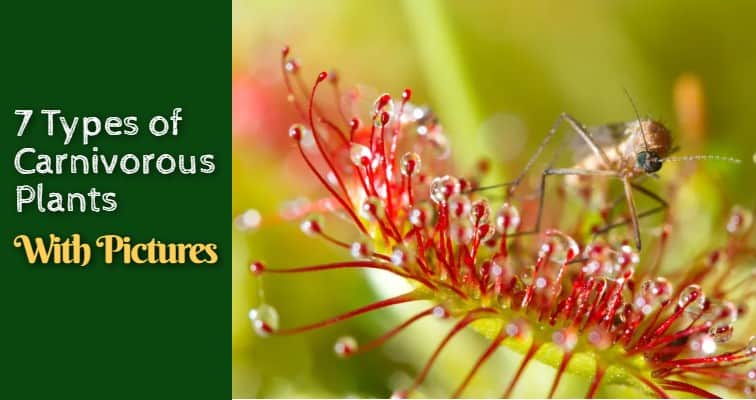 The most amazing thing I’ve seen in my garden is watching a carnivorous plant capturing an insect for the first time in my backyard garden. That is truly a fantastic experience; if you haven’t experienced this, brace yourself for the mind-blowing experience. Among the Plants family, types of carnivorous plants is a interesting category to look out for.

Because of the typical low soil quality, carnivorous plants evolved into supplementing its diets with insects and small rodents. How do these plants capture, kill, and digest these insects?

Carnivorous plants use their leaves as traps for prey; often, their leaves are bright and colorful to attract insects and small animals. Their colorful leaves can be a great addition to your whimsical garden. These leaves capture the prey, kill, and digest them. Carnivorous plants can survive without insects and other smaller animals. Still, they thrive when they get the nutrients from their prey. 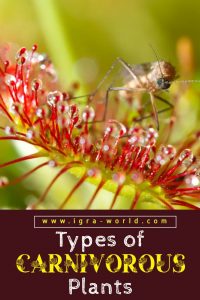 Suppose you want to go into carnivorous plant gardening but don’t know where to start. In that case, this article will give you a head start by listing seven popular types of carnivorous plants. There are about 1000 different carnivorous plants, which could become a problem without a little guidance.

Classification of Carnivorous Plants Based on Type of Trap

Carnivorous plants can be classified based on height, growing condition, and region, type of prey, among several others. But for this article, we want to look at a classification based on their type of trap. The kind of trap may have a bearing on insects it can capture, the frequency of capture, among others.

Generally, plants under this category have sticky glands on top of their leaves that can capture their prey. This category is different from the active trap group as they do not have specialized traps. Instead, they have leaves that act as traps. The leaves most times rollover after capturing the prey, not only to hold the prey but also to hasten the decomposition process.

Carnivorous plants in this category usually have a hollow section near the top where prey can go/fall in and then decompose. Some species secrete digestive enzymes that help in the decomposition process.

Without further ado, I’ll like to show you some of the popular carnivorous plants with their characteristics. This will help you make an informed decision when starting your carnivorous garden. 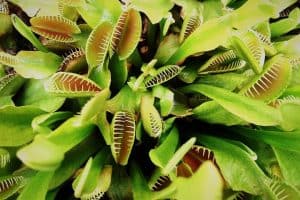 This is perhaps the most famous carnivorous plant, and it is in the active trap class. It is an advanced carnivorous species that can tell between living and non-living stimuli. The Venus flytrap has a jaw-like trap with sharp spikes on the edges, just like folded palms with fingers intertwined. It takes as little as 0.1 seconds to close and trap its prey.

However, it stays slightly open for a few seconds to allow smaller insects to run away as they wouldn’t provide enough nutrients. The Venus flytrap has only one species but several varieties. This plant is fast becoming an endangered species and is often grown in greenhouses. 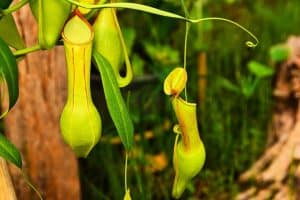 The monkey cup plant has a passive trap with a cup-like opening. It is a tropical plant that’ll fit nicely in your tropical garden. I know you might be wondering how the name ‘monkey cups’ came about.

Monkeys often drink water from them in the rainforest. They are large enough to hold up to 1 liter of water. These cups also passively collect insects and digest them. It is a small plant with slender vines. 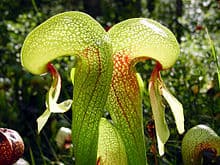 also a passive trap plant with tubular leaves and a small opening. Plants enter the leaves and are tricked into going deeper by its translucent leaves that are brighter at the end.

The cobra lily roots are tender but advanced and can withstand fire by re-growing from its roots. It releases a digestive enzyme to help with digestion.

One of its popular features is its ability to remove excess water from its pitcher. 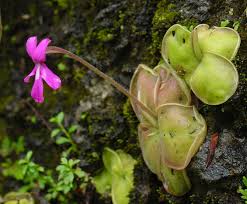 These are small colorful plants with sticky leaves and upturned margins that cover the prey. The sticky hairs on the leaves capture the insect while the leave’s margins hold it down. The sessile gland secretes digestive enzymes that decompose the prey.

Butterworts survive the cold winter period by hibernating as small buds. Butterworts are hummingbirds pollinated, and their flowers last a long time. They have semi-active traps. 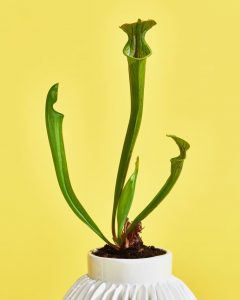 As the name implies, the pitcher plant has pitcher-like leaves, making it one of the passive trap among the types of carnivorous plants. It is a small plant that can quickly be grown in containers. This plant with tubular leaves is in hues of pink, yellow and purple.

If you’ll be practicing indoor gardening, one of the best carnivores to grow is the purple pitcher plant. You may have to supplement the light reaching the plant with grow lights as it needs a lot of light to grow. 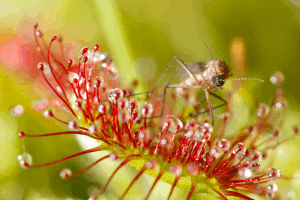 The sundews carnivorous plants have long sticky hair called “trichomes.” These hairs have dew like drops at the ends, which earned it its ‘sundews’ name. The trichomes trap insects and decompose it through the help of enzymes it secretes—several varieties of the sundews plant with some very small and others as large as a small bush. 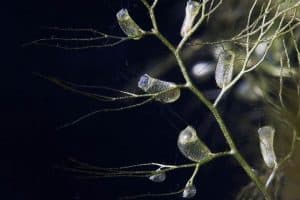 The bladderworts plant contains 220 varieties with slightly different features and growing conditions. Still, most of them are in saturated areas around rivers and lakes. These plants do not have roots but large floating stems that hold them. This plant uses a complicated process to suck in animals through the help of its underwater bladders.

The listed types are some of the most popular and easy to grow species. Select the one that catches your fancy and start planting.